Laura Bielskė: 4 ideas for effective business communication during the summer 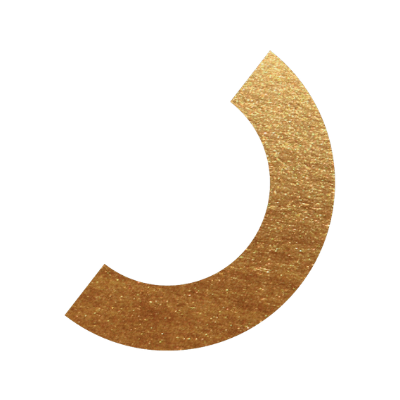 The summer season usually arrives with a little slowdown in business: most employees are on holiday, and no one starts new projects unless it's planned beforehand. More laid-back messages are reaching the media, social networks are filled with holiday moments, and everyone is distant from the serious content and tense rhythm.

According to communication expert Laura Bielskė, a member of Workland, journalists call summer the slow season or, in many languages, the cucumber season, and certainly not because of the seasonality of the harvest. Summer is a time for lighter content. When everything moves from large capital cities to the seaside, many people go on holiday; the communication strategy needs to be adapted, says L. Bielskė.

Summer is for experiments, but not for the most important news

Due to the fact that many people are on holiday and the mood of the audience is "lighter", summer is considered to be not a good time to publish important messages. According to L. Bielskė, such messages are not worth publishing because only a small part of the potential audience will see them.

"But summer is a great time for bold, exclusive content and projects. The audience does not want serious information - if there was something you did not manage or did not dare to communicate in the cold season, be sure to do it in the summer," comments the expert.

"In addition, this season is also a great time to experiment and learn; you will not lose much," believes L. Bielskė.

Paradoxically, although the audience that sees your message is shrinking in the summer, getting your content to news portals, shows, and radio is much easier. Also, according to L. Bielskė, there is a high probability that the partners and opinion leaders with whom you want to collaborate will react more positively to your proposal.

"There is more time in the summer; people are more likely to help and try something new. Special attention should be paid to the representatives of the financial and technological spheres - during the summer they do not necessarily have to choose opinion formers who are already working in this field: be sure to try even the most popular influencers that don't seem to suit you at all. During summer – it's the best time to experiment!" - Says Laura Bielskė.

Special attention if you're working in the financial and technological spheres. During the summer, you don't have to use well-known experts in this field; try the popular influencers instead to get your message out. At first, it might seem that they don't suit you at all but believe me, supper is the best time to experiment!" says Laura Bielskė.

Prepare for a time buffer

While, on the one hand, your messages may be much easier to air in the summer, it's advisable to keep a little time buffer. According to the head of Comms on Duty, your regular contacts in the media can also take time off, which may extend the response and confirmation time, and reduced working hours due to holidays can also shift the airing time for your message.

"Be prepared in advance - it may take some time to adjust the message; you may even have to wait a few weeks," says L. Bielskė.

Stay active and avoid the negativity

As for social networks, according to Laura Bielskė, those who remain active in the summer win: "It is the activity in social media that attracts a loyal audience during the summer. If you don't disappear and stay credible, your followers will respond the same way. "

In the warm season, our way of life changes - there's no need to hide it, just make a project out of it - show what your office and team members' activities look like. These can be moments from concerts or other entertainment or various challenges.

"It's very important - even if it's raining - to make it rain positive. In the summer, you should try to find a positive angle," says L. Bielskė.

Workland is opening a new office center in Vilnius, inspired by sports yachts and human strength

Workland Bures offers flexible offices and coworking solutions in an inspiring environment. The space design is inspired by sports yachts and human strength, as Bures means sails in English. The interior is bright and colourful and with lots of natural light.

5 FAQs about the Data Protection Officer

The DPO is an expert responsible for monitoring the processing of personal data and compliance with data protection laws throughout an organization. In other words, it is the person to whom you can delegate various data protection matters (e.g., respond to the requests of data subjects and supervisory authorities, evaluate the necessity to perform a data protection impact assessment after starting using new software and etc.) while concentrating on your business growth.

Close to 80% occupancy, a sustainable fashion show and the most famous faces: the brand new Workland Bures office centre is open!

The sixth Workland in Lithuania is officially open. For a night, Workland office space turned into a nightclub with a spectacular sustainable fashion show! Workland Burės opening brought together the most famous Lithuanian business representatives and opinion makers.